How to get to Hanasaari/Hanaholmen

If you are not resident in Finland this guide will help you to find your way around.

Here is the adress to begin with :

Please note that there is a risk of confusion, since there is a power station in East Helsinki called Hanaholmen, so be sure to ask the driver to take you to Hanaholmen Cultural Centre in Espoo.

Tip: Airport Taxi – a specific taxi company with yellow cars (or minibuses that fits around 9 people). The idea is that the taxi drives several people to their destinations at the same time.

Hanaholmen is right next to the main Länsiväylä road (“the Westway”, route 51), a little to the West of Koivusaari and to the East of Karhusaari and Tapiola in Espoo. Hanaholmen may be reached by car from a local junction on the Westway, lying midway between Lauttasaari and the Ring I / Tapiola intersection.

From the West: Approach Helsinki on the Westway (route 51) and follow the signpost at the Hanaholmen junction.

From the North (e.g. from the airport): Approach Helsinki and turn off at Ring I westbound. Follow the ring road to the Westway (route 51), and then drive towards Helsinki Centre. The signpost for Hanaholmen is about one kilometer after the Ring I, Westway intersection. 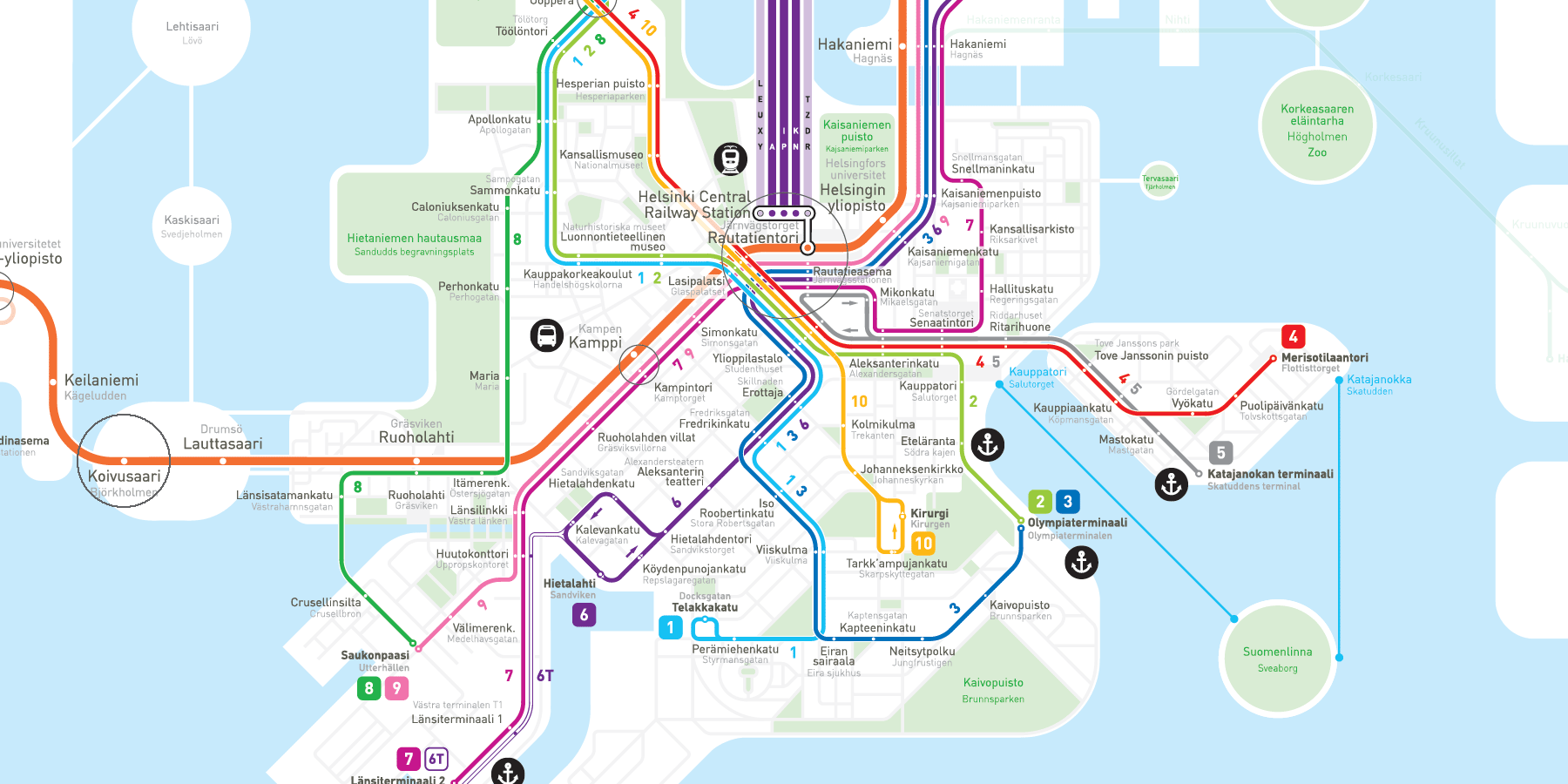 From airport to Helsinki City

The train connection between Helsinki city centre and Helsinki Airport takes about 30 minutes. There are two services: train I and train P. Schedules, ticket prices and routes are available at HSL website. At the airport you can buy a train ticket from the following spots:

Line 615 and the Finnair City Bus operate between Helsinki Railway Station and the airport.

You can buy a ticket from the driver on both buses.

In addition to the metro, Hanaholmen is served by buses 104 and 192:
– Bus 104 works as a feeder bus between Hanaholmen and Lauttasaari metro station
– Bus 192 (V, T and K busses) operates along Westway between Inkoo and Kamppi (Helsinki city centre)

From October 22nd 2018 buses 143A, 146A, 147A ja 164A/164VA will also serve Hanaholmen’s customers. These buses will operate along Westway, between Helsinki city centre (Kamppi) and western Espoo, with a few minutes interval during rush hours.

The bus stop along the Westway is cirka 400 metres from Hanaholmen.

Hanaholmen is now served by the metro. The walking distance from the nearest metro station Koivusaari to Hanaholmen is approximately 1,1 km.